This phenomenon can take place during Deicing procedure in heating mode, it’s a normal operation of the AC.
And part of its protection mode. During deicing the unit will defrost accumulated ice layer on the outdoor unit.
Due to this procedure ice is melt and some of water drops may turn to steam, this process should take no more then 10-12 min .
And can be repeated from time to time.

It looks like the unit is running in cooling mode under low ambient conditions.
It can happened from time to time since the unit is cooling the air which can result by generating mist, please verify that the indoor unit air filters.
Are clean it may reduce the phenomena.

Allergens are impurities in the air that can bring on an allergic reaction. In an urban environment, a mixture of these allergens with other impurities present in the air – called adjuvant substances – such as Diesel Exhaust Particles (DEP’s) produced by engines and Volatile Organic Compounds (VOC’s) present in building materials, cosmetics, etc. can turn allergens into heavy allergens. These in turn can have increased negative health effects such as aggravated symptoms and the triggering of latent allergies.

There can be 2 main reasons for it :

For heat pump application the cycle is reversed meaning the compressor will start to discharge to the indoor coil.
Instead of the outdoor coil as conducted in cooling operation.
The direction change is conducted by a component called 4 way valve (heat pump).

Air conditoning may have integrated ventilation. Mechanical ventilation is getting more and more important because of the way houses are built these days. The supply of fresh air will prevent the sick building syndrome.

All units are equipped with a filter. Depending on the type of system and the needs of the customer, the type of filter will vary. The effecitiveness of a filter goes from catching dust and particles over fine dust and pollen, bacteria, virusses and odours and even microbes and smoke.

Throughout the ages, we have sought to improve the level of comfort offered by our surroundings. In colder regions, we have tried to heat our dwellings and in warmer climates, to cool them down because if we are not comfortable, we can neither work nor relax. But thermal comfort vital to our well being, is subject to three basic influences:

its temperature, velocity and humidity

Among these influences, the human factor is somewhat unpredictable

The others can be controlled in order to provide that much sought after feeling of well being.

new parameters within which designers must operate.

Modern buildings for instance, generate far more heat than their predecessors of say, 50 years ago and there are several reasons for this

Developments in building technology have also given rise to an increased use of glass – even when solar protective glazing is fitted, solar gains can be considerable.

Increasing numbers of occupants, each generating some 120W/h of heat, are routinely stuffed into office areas

Many modern shops could be adequately heated by their

Introducing the outside air into a building also introduces its temperature something of a problem if it’s 30ºC outside!

Heat always flows from a warmer substance to a cooler one. In reality, the faster moving molecules transfer some of their energy to slower ones. Thus the faster molecules slow down a little and the slower ones speed up. Expressed simply, this means that when it is hot outside, the heat attemps to ‘invade’ colder interior spaces.

Heat can be transferred from one body to another by any of the following methods:

By a wave in motion (similar to light waves) in which energy is transmitted from one body to another without the need for intervening matter.

By the flow of heat between parts of a substance or from one substance to another in direct contact.

By transfer via a fluid or air.

Cold draughts are sometimes associated with air conditioning and indeed, this can be caused by incorrectly conceived systems. The likely effect on personnel resulting from the location of the indoor unit and its air distribution pattern must therefore be considered at the design stage.

The height of the ceiling is also relevant. Air conditioning equipment manufacturers generally assume the optimum ceiling height for a direct expansion system to be between 2.70 and 3.50 metres. Cold air at about 16°C supplied from this height is able to mix with warmer room air before reaching personnel level, thereby obviating any feeling or draught.

Notwithstanding this, in applications not meeting this general standard, a quality air conditioning system can invariably be “tuned” to compensate.

Clearly, unit location as well as ceiling height and shape have a major influence on draught or the lack of it. Explaining this requires a few comments concerning the properties of cold air. Cold air has a tendency to “stick” to the ceiling for a period prior to descending. This is known as the “coanda” effect and it helps the cold air and surrounding air to mix before dropping down into the room

Unfortunately, the existance of any barrier such as a ceiling beam, has a detrimental effect on this by interrupting the air flow. In such a case, cold air colliding with the beam will sink immediately, to the certain discomfort of any individual unlucky enough to be seated directely below.

Similarly, two units located opposite to each other will generate cold air flow collision in much the same manner.

Two forms of heat are relevant in air conditioning :

All pure substances in nature are able to change their state. Solids can become liquids (ice to water) and liquids can become gases (water to vapor) but changes such as these require the addition or removal of heat. The heat that causes these changes is called latent heat.

Latent heat however, does not affect the temperature of a substance – for example, water remains at 100°C while boiling. The heat added to keep the water boiling is latent heat. Heat that causes a change of state with no change in temperature is called latent heat.

Appreciating this difference is fundamental to understanding why refrigerant is used in cooling systems. It also explains why the terms ‘total capacity’ (sensible & latent heat) and ‘sensible capacity’ are used to define a unit’s cooling capacity. During the cooling cycling, condensation forms within the unit due to the removal of latent heat from the air. Sensible capacity is the capacity required to lower the temperature and latent capacity is the capacity to remove the moisture from the air.

You are looking for a product ?

Let yourself be guides

Discover our solutions to:

Cool a housing Cool a business

Discover our solutions to: 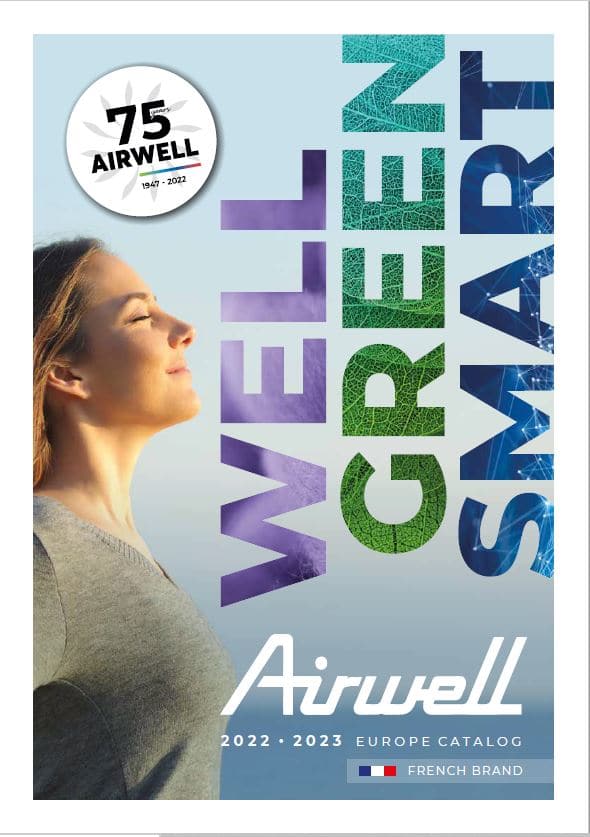 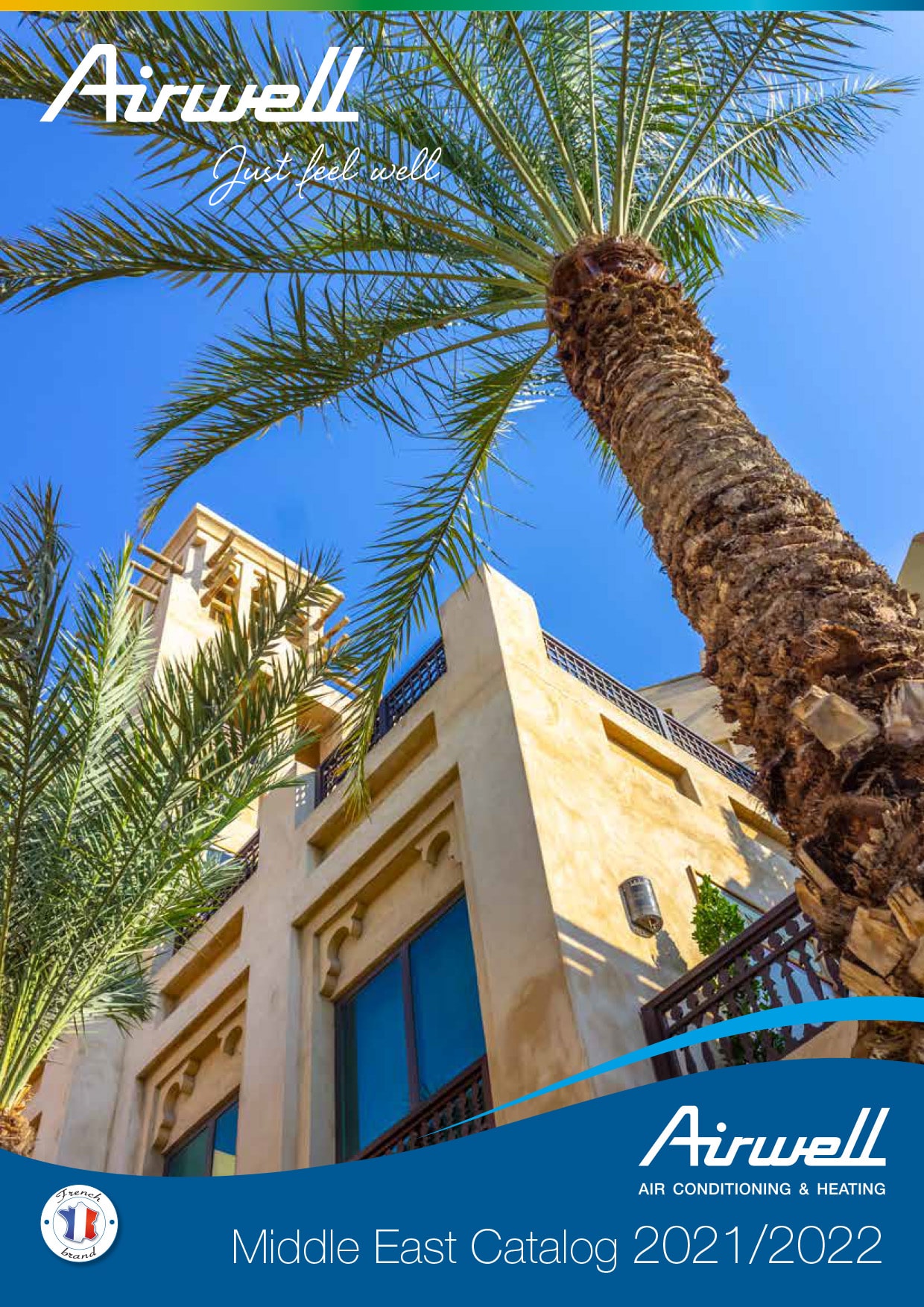 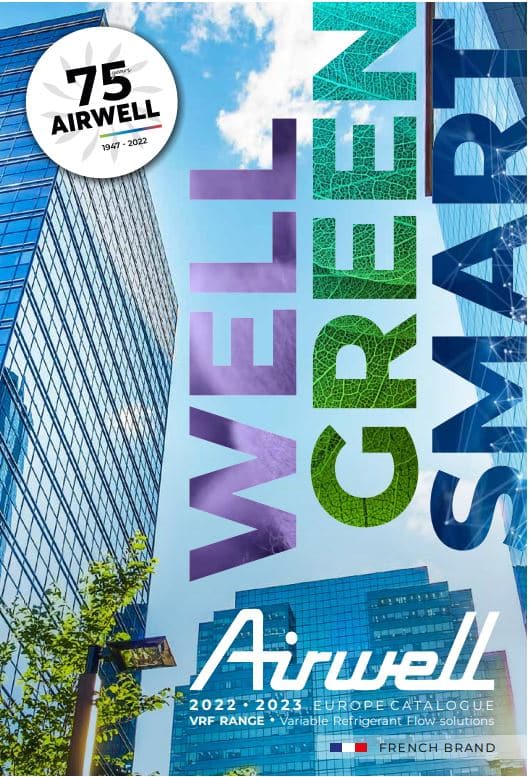 Are you an individual ?

Airwell general public
X
We use cookies on our website to give you the most relevant experience by remembering your preferences and repeat visits. By clicking “Accept”, you consent to the use of ALL the cookies. However you may visit Cookie Settings to provide a controlled consent..
Learn moreREJECT ALLACCEPTACCEPT ALLCookie settings
Cookie management